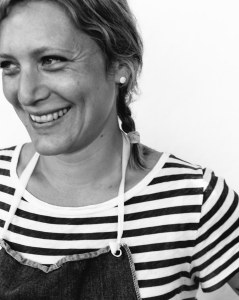 Born in 1978, the daughter of a painter and an organic dairy farmer, Hatch’s childhood was divided between physical labor, play and creating art. Hatch studied drawing, painting, printmaking and ceramics and received her BFA at the Museum School in Boston in 2000. After 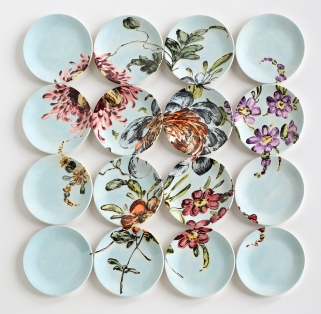 several ceramic residencies and apprenticeships in the US and abroad, she received her MFA in ceramics at the University of Colorado in Boulder in 2008. In 2009, she was awarded the prestigious Arts/Industry Residency in the Pottery at the John Michael Kohler Arts Center in Wisconsin that laid the foundation for her career as bot an artist and as a designer.

Hatch’s work has been widely collected and commissioned and exhibited at art fairs nationally and internationally. Hatch recently installed her largest work to date comprised of 456 hand-painted dinner plates, now on view permanently at the High Museum of Art in Atlanta. Hatch has two forthcoming books to be published in the spring of 2015 with Quarry and Chronicle publishers. Since 2012, Hatch has been a visiting critic at the Rhode Island School of Design. Hatch works from her home studio in Northampton, MA and is represented by Todd Merrill Studio Contemporary in NYC.